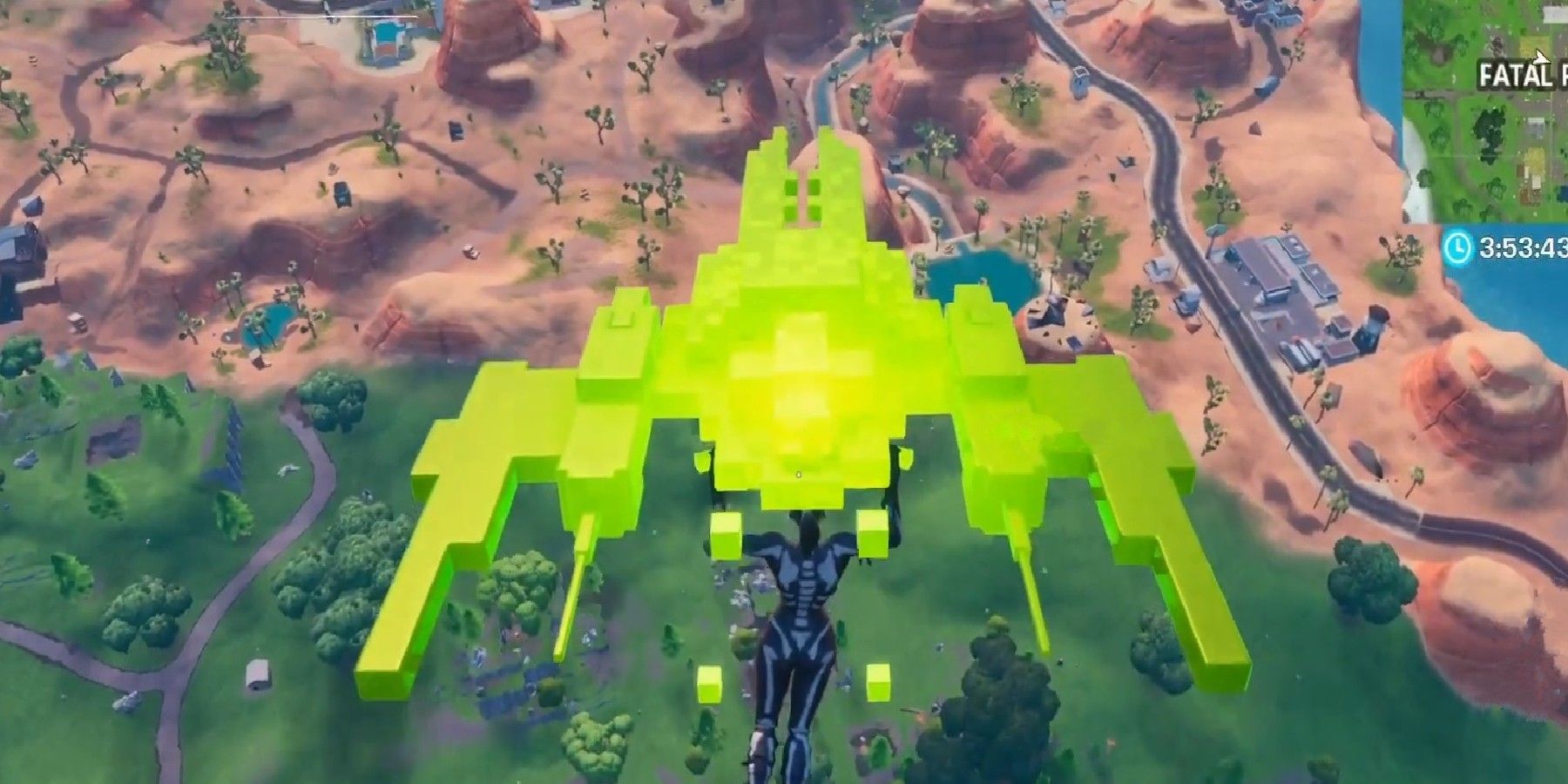 Epic Games has updated Fortnite to enter Chapter 3 Season 4, and that has resulted in the changing appearance of the Pixel Pilot Glider from the Season 10 Battle Pass. The Pixel Pilot has been a part of Fortnite since 2019, but the changes made to the glider in Chapter 3 Season 4 show that even the classic battle pass cosmetics aren’t beyond updates to design regardless of how much time has elapsed.

The Pixel Pilot Glider was first introduced to Fortnite with the Season 10 battle pass, and although many fans have had it since then, its aesthetic has been adjusted remarkably in a new patch. Among the changes brought to Fortnite with Chapter 3 Season 4 is an unexpected alteration to the Pixel Pilot Glider that makes it less flashy as players glide toward the surface of the battle royale island with it. Reddit user Gameboyb0t recently shared an image from their Fortnite cosmetics options which showcase some major changes to the Pixel Pilot that leave it looking very unfamiliar to the original counterpart.

Gameboyb0t’s Fortnite screenshot shows their selected Zyg locker bundle, which uses the Pixel Pilot Glider, Gameplan Back Bling, Grrizzy Gooper Harvesting Tool, and one weapon wrap across the board. Although the Pixel Pilot would normally have a glowing effect to it, which would make it look like a variety of shades of green and blue, the image shared by Gameboyb0t shows a very flat military green version of the glider. While the revamped Pixel Pilot may match up well with the green army look of the Toy Trooper and Plastic Patroller skins, the removal of its glowing effect that’s similar to the Fortnite cubes has some fans swapping it for an alternate glider in their lockers.

Because of the pixelated aesthetic of the aforementioned glider, fans of retro games like Defender, Galaga, Galaxian, and Gyruss could fly into a Fortnite match with a spaceship that reflected the classics unlike other Season 10 items like the Junk Bucket, Master Mix, or Steelwing. Space Invaders and Pac-Man were acknowledged in Fortnite during Chapter 3, and Gameboyb0t reflects one with an emote and the Pixel Pilot glider may have been intended to reflect the latter as it’s part of the Space Explorers set. Given the changes to make it stop appearing as if it glows, there may be a similarly pixelated glider from Epic Games coming that does the same idea more justice.

Many Fortnite fans have expressed the same frustrations as Gameboyb0t on their Reddit post, showing how many Pixel Pilot owners have already been affected. Although others have experienced the same problem with the Fortnite Season 10 glider, some players recommended that Gameboyb0t report the change as a bug which may show Epic Games that some fans want things rectified.