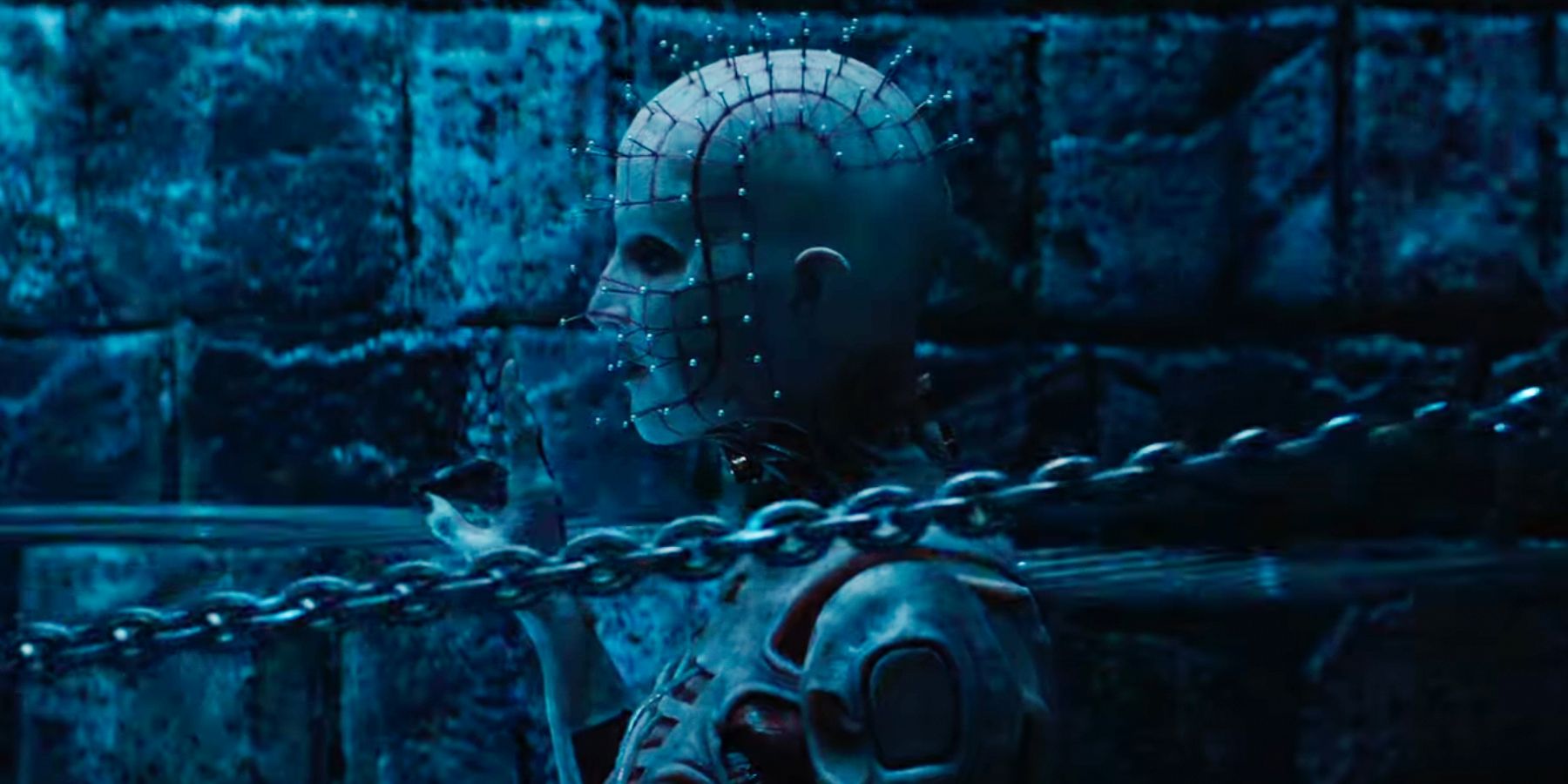 A new Hellraiser trailer from Hulu offers a terrifying preview of the horrors that will be unleashed when Jamie Clayton makes her debut as the infamous Pinhead.

Long before Hulu decided to reboot the franchise, Hellraiser made a name for itself with the first entry in 1987. Directed and written by Clive Barker based on his own novella titled The Hellbound Heart, the first film centered on a mysterious puzzle box that unleashes a group of sadistic extra-dimensional beings known as Cenobites, who are led by an entity that Hellraiser sequels would refer to as Pinhead.

Of the nine Hellraiser sequels, Doug Bradley portrayed Pinhead in the first seven. Now, Clayton will portray Pinhead in Hulu’s Hellraiser remake, and the new trailer for the film promises she will deliver a horrifying performance. The trailer opens with the infamous puzzle box on display at an exhibit, and a mysterious character named Mr. Vought encourages a young man to solve the nearly finished puzzle. When the young man asks Mr. Vought if he wins a prize for solving the puzzle, Vought eerily replies, “I do.” Upon solving the puzzle, the young man’s blood is absorbed by the box and he is pulled away by the chains Hellraiser fans will recognize from the dimension where the Cenobites reside.

Afterward, the lead heroine played by Odessa A’Zion is seen obsessing over the puzzle box. She explains that the box opens up and cuts people, which is followed by the arrival of entities that have “come to collect.” A young woman is then seen being surrounded by Cenobites as Clayton’s ominous Pinhead delivers a voice-over monologue. In a snarling and sinister voice, Pinhead declares, “It’s time.” Upon asking a hapless victim, “what is it you pray for?” Pinhead unleashes chains as an unseen woman is heard screaming in the background.

After Claying was cast as Pinhead, a small but vocal group of detractors criticized the decision to cast a transwoman as Pinhead, who was previously only played by men. However, supporters of the casting choice noted that Pinhead was androgynous in past depictions, including the source material, rendering the anti-trans backlash moot.

Prey was recently a hit for Hulu, revitalizing a Predator franchise that has mostly received mixed to negative reviews since the first film was released in the ’80s. Since the Hellraiser remake is also a revival of an ’80s property, the folks at Hulu are likely hoping to replicate Prey‘s success, and the new trailer suggests they’re on the right track.

Hellraiser will be released on Hulu on October 7, 2022.