The Resident Evil series has been through its set of major changes and growing pains since its inception back in 1998, something highlighted by its changes in perspective. It has gone from tank controls and fixed cameras to an over-the-shoulder camera with manual aiming in Resident Evil 4, and the series saw a complete reset to a first-person perspective with Resident Evil 7. The franchise has had its ups and downs, with many viewing the heavier action games in a less than favorable light, which led to the aforementioned soft reboot of the series and with Resident Evil 7 and it’s sequel Resident Evil Village.

While both the new games were mostly well-received from critics and fans for bringing the focus back to horror and inventory management, they also left many players wanting their favorite characters to return. Fortunately, some of them did return in the acclaimed remakes of Resident Evil 2 and Resident Evil 3, and they brought the classic third-person perspective along with them. With the upcoming Resident Evil Village DLC Shadows of Rose and the upcoming remake of Resident Evil 4 both featuring a third-person camera and gunplay, a case can be made for Resident Evil staying third-person after these next two entries.

The Connection To The Characters After Village: Gold Edition, Resident Evil 4 Remake

One of the biggest reasons for the series to remain in third-person is because of how many fan-favorite characters there are, and the cinematic scope of the more recent games and heavier emphasis on narrative prove that the franchise has evolved yet again. While Resident Evil 7 and Resident Evil Village were criticized by many for their protagonist Ethan Winters being un-relatable and bland, the remakes of Resident Evil 2 and Resident Evil 3 saw the return of Leon Kennedy, Claire Redfield, Jill Valentine, and other fan-favorite characters. They behaved differently than the original games, for sure, and not everyone enjoyed the changes made to the characters, but they also helped draw the players into the experience in a way that the faceless Ethan Winters could not do in either of his appearances.

Some of the more powerful scenes in Resident Evil Village were the ones that did away with the first-person perspective and presented a complete third-person viewing of all the characters involved in the narrative. As such, this design choice seems essential for the franchise moving forward, allowing the story to be presented more organically and helping the player to connect more to the characters featured in cutscenes.

Some may argue that nostalgia plays more of a role for fans in regard to liking the old characters, but both the remakes of Resident Evil 2 and Resident Evil 3 saw additions and changes to the cast. They behaved in a much more believable way than in the original game, and some fans even preferred the more modern approaches to Leon Kennedy and Jill Valentine.

Their core identities were still there, but the way they delivered their better-written dialogue and interacted with other characters during gameplay was enhanced by the third-person perspective. Visually seeing Leon’s wound from Annette Birkin’s gunfire in the sewers, or being able to see Claire put her jacket around Sherry Birkin, helped form a better connection to the player-characters that just isn’t possible from a first-person perspective.

The Limitation Of Resident Evil in First-Person After Village: Gold Edition 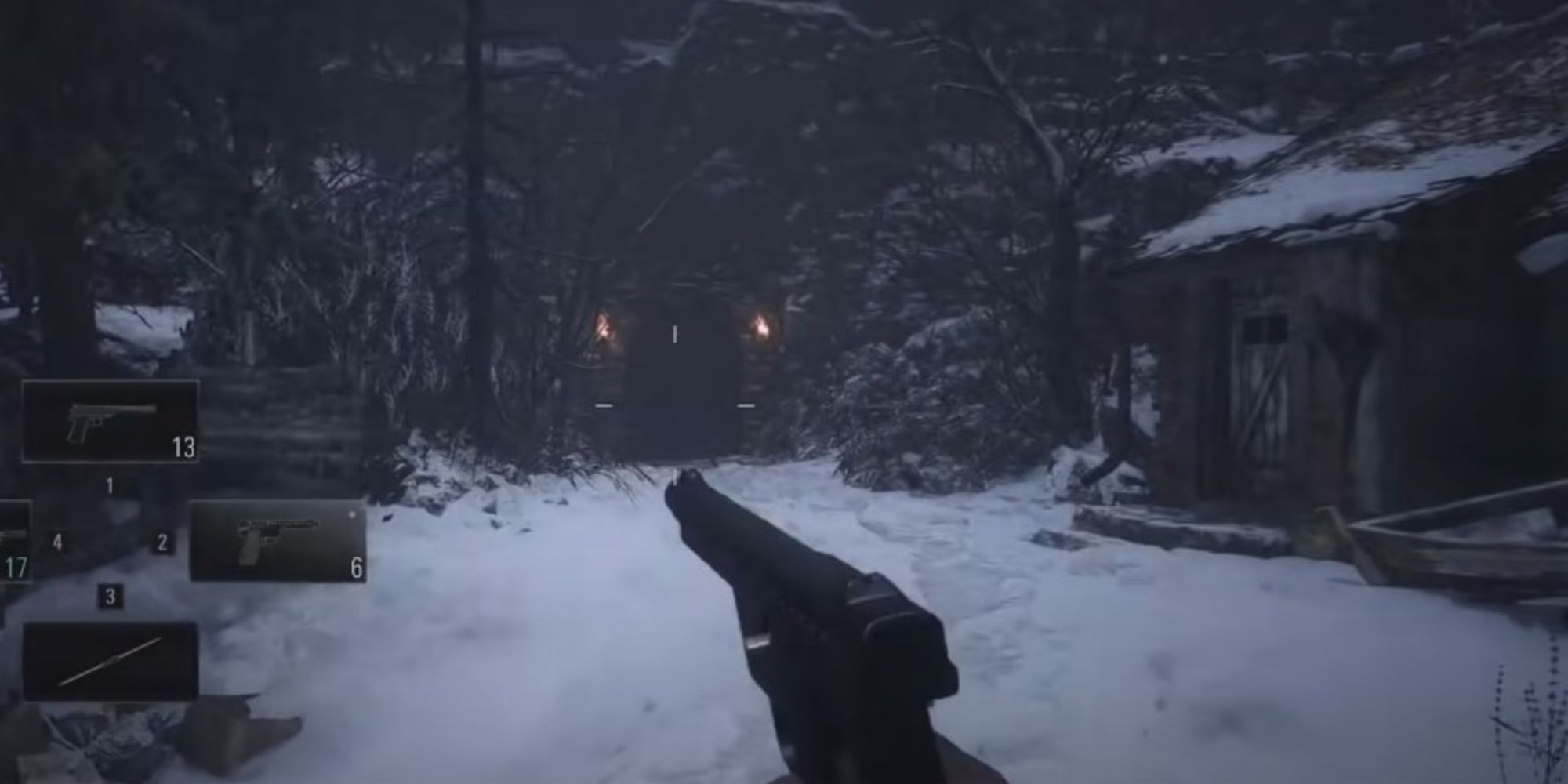 There’s been a heavy focus on survival like in the original Resident Evil, there’s been a dash of arcade-y campiness and loot like in Resident Evil 4, and there’s been action so over-the-top that Resident Evil 6 tried to please absolutely everyone and did not succeed, despite selling well. These constant changes and additions, as well as others like the Resident Evil 3 remake dodge and counter mechanic, prove that the series’ gameplay mechanics can be drastically changed and improved.

MORE: Resident Evil 4 Remake Needs To Improve On The Other Remakes’ Grapple Mechanics