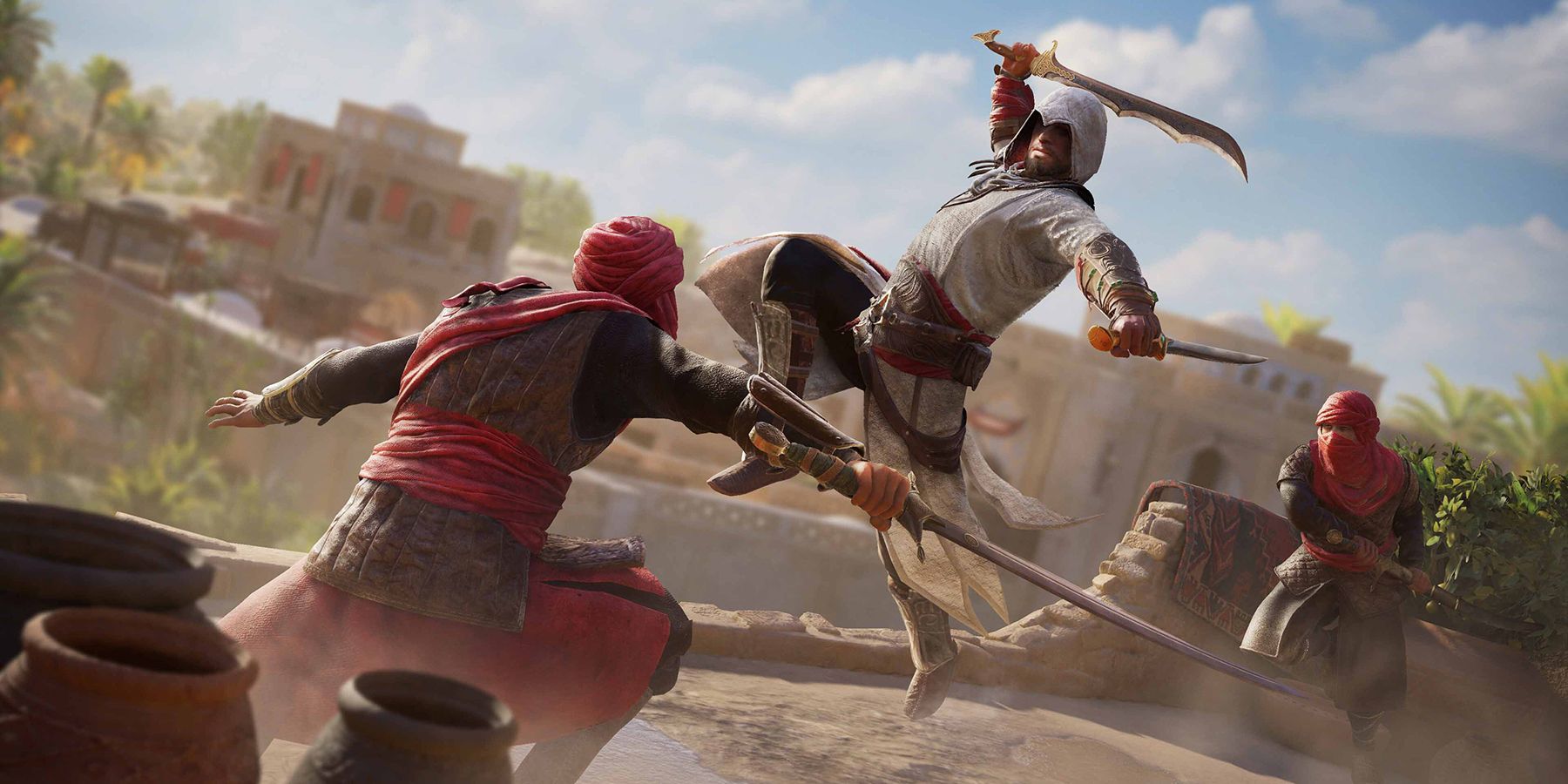 The Microsoft Store and other digital markets are listing Assassin’s Creed Mirage with an AO, or Adult-Only, rating, but this is unlikely to stick for the release. In the history of the ESRB, only 27 games have ever received an AO rating, and most companies will do everything they can to get rid of such a label. This is because the AO rating is usually associated with extreme levels of violence, over-the-top sexual content, and worse. Most brick-and-mortar retailers will not sell a game with an AO rating.

With this in mind, it may be odd to consider that Assassin’s Creed Mirage could get stuck with such a rating, but that’s because of a relatively recent rating: Real Gambling. According to the Microsoft Store, Assassin’s Creed Mirage features Intense Violence, Blood and Gore, Sexual Themes, Partial Nudity, and Real Gambling. The latter portion is the only reason for an AO rating, as without it, the game would easily be in M rating territory, and it will likely be so at launch.

First off, even though digital marketplaces are much more common now, having retailers refuse to sell a game with an AO Rating is harmful for the company. Ubisoft is huge, but not that huge. Just because of the stigma alone, Assassin’s Creed Mirage‘s potential AO rating won’t stick, and that’s if it’s somehow not a mistake. Several retailers, like Amazon, show a Rating Pending sign for Assassin’s Creed Mirage, and this makes sense. It’s a bit too early for a solid rating, as Ubisoft Bordeaux is still hard at work on the game.

What could have possibly happened here is that Ubisoft Forward showed an AO Rating at the start of the show, but that could be based on any of the live-service games shown there. Real Gambling would be associated with loot boxes, and for those titles, it makes sense. Especially as the ESRB cracks down on gambling in video games. The Microsoft Store and other platformers may have pulled that rating to mean every game shown at Ubisoft Forward, but that would obviously be a mistake. Mario and Rabbids: Sparks of Hope, for example, would go nowhere near an AO Rating–Nintendo wouldn’t let that fly.

After all, for AC Mirage to get an AO Rating based on real gambling, there would have to be loot boxes or some way of spending real money without knowing what someone will get. That existing in a single-player game is hard to imagine. It does all remain to be seen, but until the official ESRB rating is out, fans should take these reports with a grain of salt.

MORE: Everything Revealed at Ubisoft Forward 2022