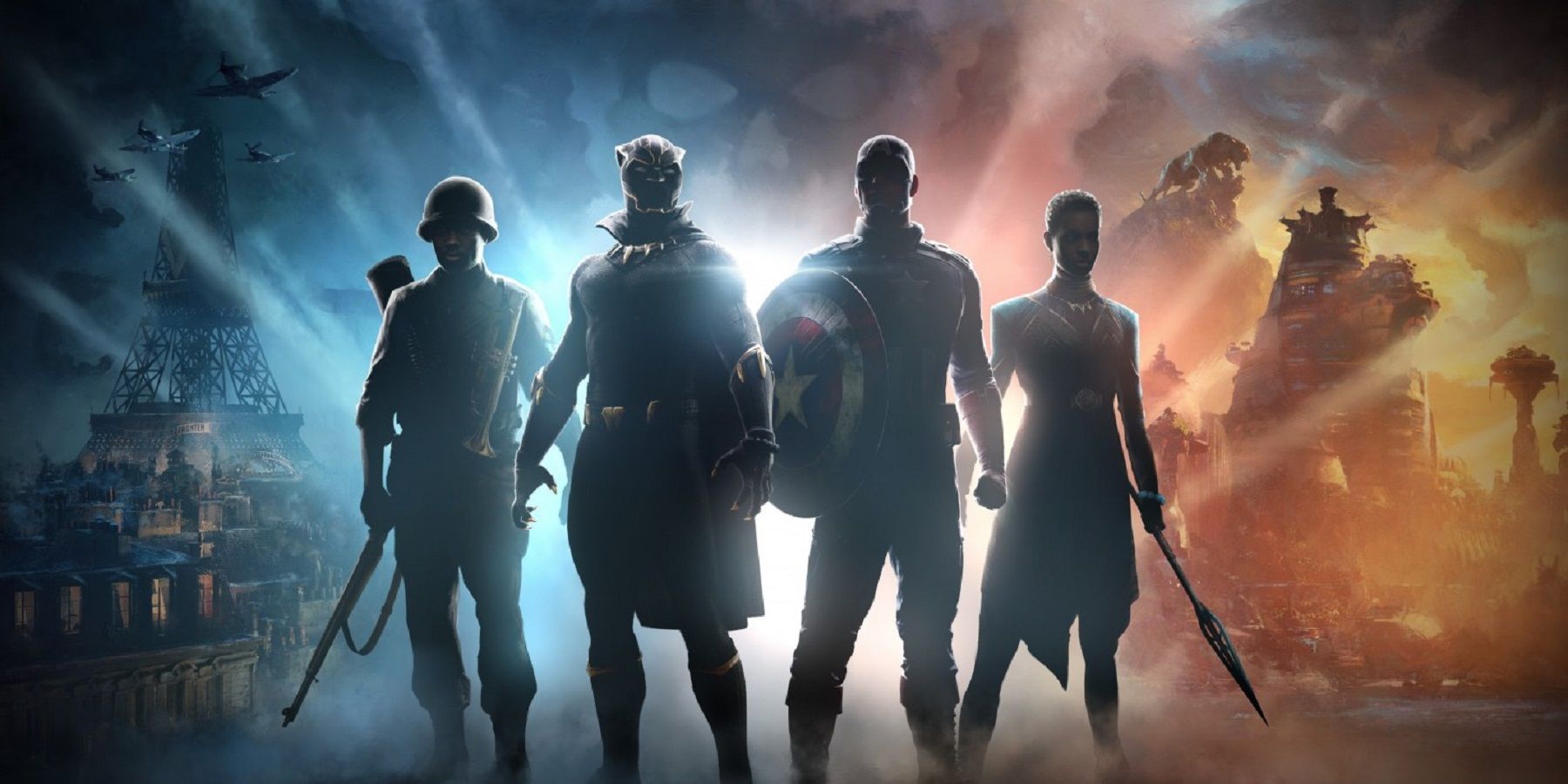 Captain America and Black Panther have a long history on the comic page going back to Cap’s days fighting in World War 2, and it is this history Skydance New Media is pulling from with its first major game in partnership with Marvel. Rumors have been circulating for months as to what the Marvel game Uncharted-vet Amy Hennig is overseeing, with a Daredevil game being one of the most common theories. However, these were all proven false with the first teaser trailer teaming up two of Marvel’s most iconic heroes and two of their respective allies to battle Hydra in the backdrop of World War 2.

The new game was unveiled during the Disney and Marvel Games Showcase which helped kick off D23 2022, providing new looks at several new games and updates for upcoming titles including Midnight Suns and Marvel SNAP. It wasn’t without some notable absences, though, as there was no update on Insomniac’s Spider-Man 2 or Wolverine games. However, the showcase still managed to close big with the confirmation and first teaser for Skydance New Media‘s upcoming Marvel game.

The game is set to star Captain America and Black Panther as the two work to undermine the efforts of Hydra during World War 2 across Paris and Wakanda. Given the time period, Steve Rogers is front and center as Captain America, but Skydance confirmed it will be Azzuri the Wise, T’Challa’s grandfather, under the Black Panther mask instead of the modern king and protector of Wakanda. The heroes will be joined in this fight by Gabriel Jones, a member of Cap’s Howling Commandos, and Nanali, a leader within Wakanda’s young spy network.

Little else was revealed about the game, though, as Skydance New Media appears to be playing its cards close to the chest for its first triple-A game in partnership with Marvel. This included the game’s title or the systems it will be on, neither of which were confirmed during the showcase. The most information players may be able to glean from the trailer is the possibility of Captain America and Black Panther coming to blows at some point as the two heroes navigate Nazi-occupied Paris as part of their respective efforts to undermine Hydra.

While the potential conflict may catch some players off-guard initially, it would make sense given the time period. A consistent part of Wakanda’s presentation between the comics, video games, and Marvel Cinematic Universe is the country’s secretive history given its wealth of vibranium and technologically advanced society. It opens the door for some creative storytelling avenues for Amy Hennig’s team to explore in-game, though it will likely be some time before players see more from this new Skydance game.