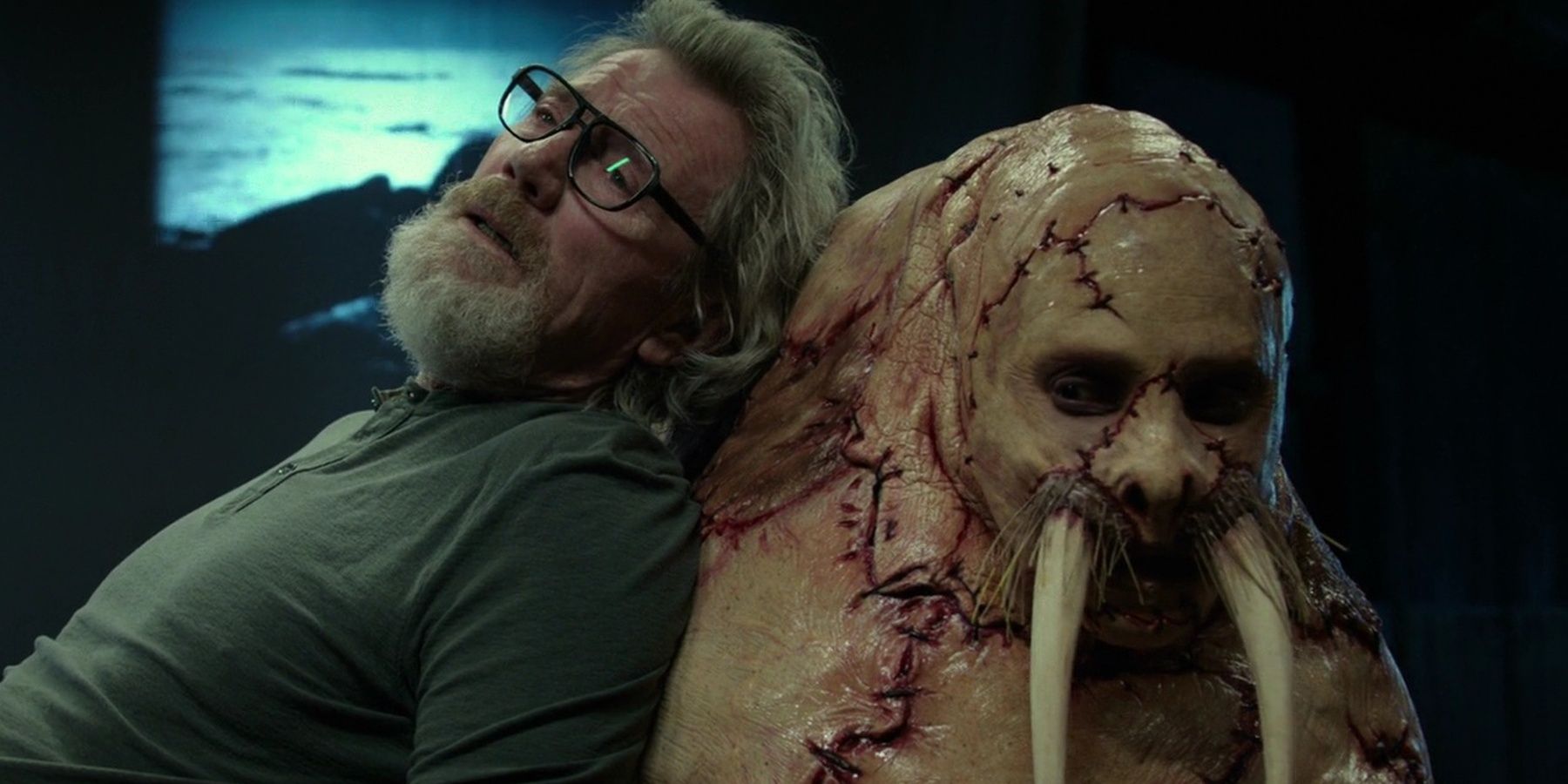 A new sequel may be in the works for Kevin Smith’s strange and unusual film Tusk, according to the film’s star Justin Long (Jeepers Creepers, Barbarian).

The original horror comedy film, released by A24 in 2014, is a comedic and surreal journey populated by seafaring stories, captivity, body modification, and growing dread, all with a strong dose of the humor that Smith is known for in past projects like Clerks (1994) and Dogma (1999). The film launched with mixed reviews and an abysmal box-office performance, but has found many new fans via word-of-mouth and streaming platforms. Tusk was originally planned as the first of three loosely related films in Smith’s True North series, along with Yoga Hosers (2016) and another as yet unreleased project, Moose Jaws. Long, however, has now mentioned a direct sequel to the first film during a conversation with Slash Film.

Long, who starred as the podcaster turned monster in the original film, said discussions of a possible sequel may be afoot, with many of the original cast, including Long’s co-stars Haley Joel Osment and Genesis Rodriguez, being asked by Smith about interest in a sequel.The film entails the misfortune of Wallace Bryton (Long), a podcaster who travels to Canada seeking out a story about a viral video but who instead winds up in the home of the wheelchair-bound Howard Howe (Michael Parks), who shares stories of his former life at sea. Howe drugs Wallace, keeping him captive while removing his limbs to force him into the shape of Mr. Tusk, a walrus who reportedly saved Howe after a shipwreck.

Wallace’s podcaster co-host Teddy (Osment) and girlfriend Ally (Rodriguez) travel to Canada in search of their friend, who has been not only molded to look like a walrus, but conditioned by Howe through brainwashing and behavior modification to act like one. While Tusks‘ plot line may seem to have come to its terrible and horrific end – with Long’s character completely transformed into a walrus who kills his captor by stabbing him with his tusks – Kevin Smith has confirmed on Fatman Beyond that ideas have been thrown around for a sequel in which Long’s character becomes a villain who repeats the pattern of violence and torture wrought by Howe.

While the film’s debut was less than spectacular in 2014, many have since discovered Tusk via streaming, loving it for its quirky mix of comedy and horror, as well as its commentary on the nature of man and animals amid Frankenstein-like overtones. With new and growing interest in A24 as a studio making innovative and high quality films, a sequel would be an excellent chance to explore the first film’s themes more fully and introduce new fans to the original with fresh eyes.

MORE: The 10 Best Horror Comedies (According to IMDB)