When he’s not making huge games like Super Smash Bros. Ultimate, video game director Masahiro Sakurai is actually playing them. Yes, as you’ve likely already seen before, he’s got an extensive collection of consoles and games (new and old).

In a new post on social media, it seems Sakurai has updated his gaming space. As you can see, all the consoles are neatly ordered – with the Switch on the second shelf, and the PlayStation 5 and Xbox Series X on top. One thing a lot of his fans also noticed is that the Switch dock is placed on its side.

We’re not too sure about the close proximity of the PlayStation and Xbox, either – but to be fair he’s running an open roof at the very top. Here’s a rough translation of what he had to say about his new setup, courtesy of Google translate:

“I had a made-to-order game machine shelf made. For waste heat, the top plate and the back are removed.When playing, the door is left open. The wiring is passed straight through the hole in the center behind the shelf board. The bottom 2 rows are for controllers and such. The power supply on the back can be turned off individually.” 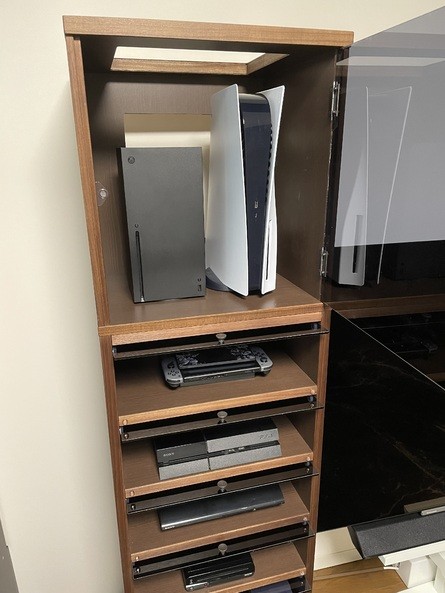 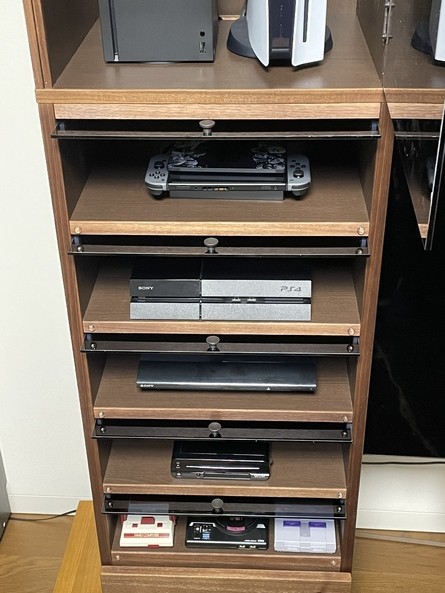 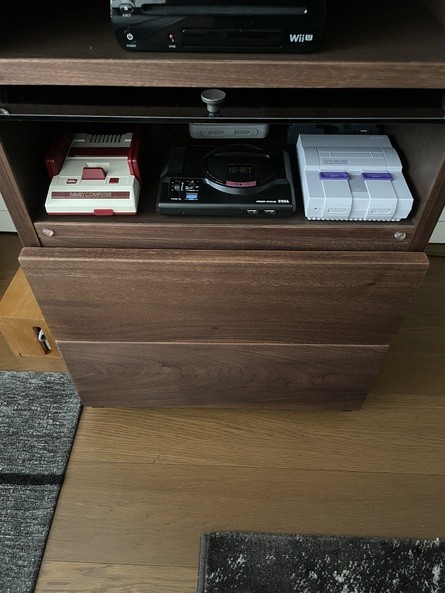 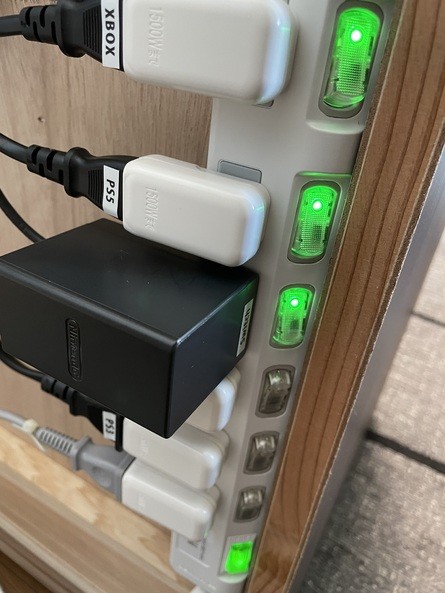 In recent months, Sakurai has also shown off his personal game library – featuring all sorts of retro titles:

What do you think of Sakurai’s new setup? How about the sideways Switch dock? Leave a comment below.