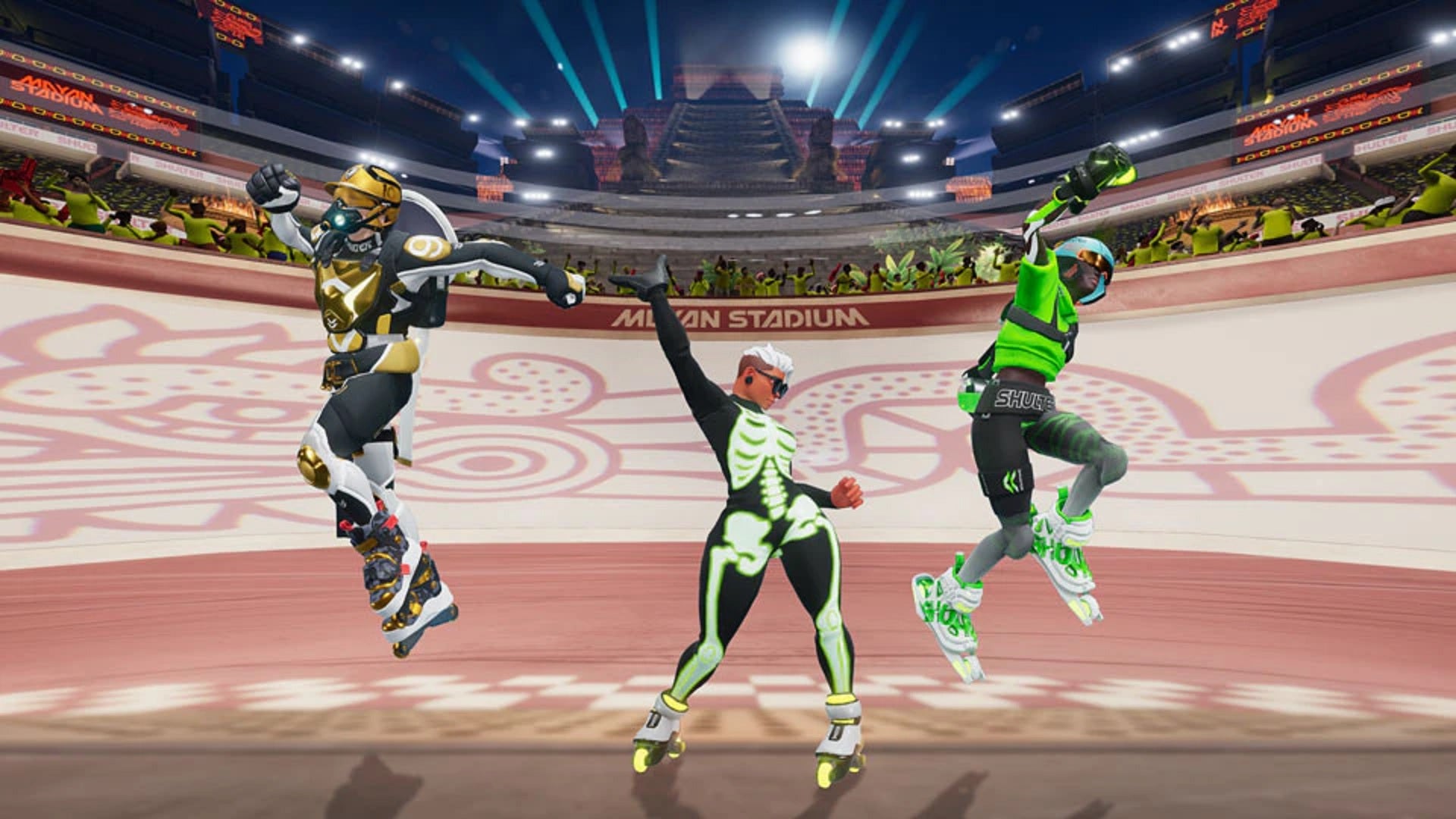 Update: The Roller Champions official Twitter account has come out with a statement rejecting the rumour that the game will be shutting down after Season 3. You can read it in full, embedded below:

Hello Champions! Let’s clear it out of the way first, Roller Champions isn’t getting cancelled, and Ubisoft fully supports it.

You can rest assured we’ll keep you updated as we roll forward.

Roller Champions, the free-to-play roller skating action game released by Ubisoft earlier this year, may be on the chopping block soon if Giant Bomb’s Jeff Grubb is to be believed. If true, this means that news of the game’s demise would have come only two months following its release.

Speaking on the Xbox Era podcast, the journalist from Giant Bomb claims to have recieved information which he then revealed to his peers while on the topic of Ubisoft changes and cancellations. This nonchalant reveal was followed by brief praise for the game, mixed with the shared sentiment that it wasn’t quite exciting enough to keep their interest.

It was only last Friday that the developers behind Roller Champions released an update on their priorities based on community feedback, including crash reductions, cross-platform invites and matchmaking improvements. Notable is the goal to “Keep rolling and keep grooving”, which certainly implies that the team have plans to maintain work on the title. Although, if they did know the game was closing down, it’s not like they’d plaster that on promotional material.

We want to share another update on the priorities we’re focused on to get you rolling, based on your awesome feedback over the weeks! 📃

Whether you’re fresh meat or a derby pro, your experience is at the core of what we do. So be ready for more to come! 😉 pic.twitter.com/8sXz693qOu


This news is the latest in a chain of development tragedies as multiple companies throughout the industry attempt to lay a claim on the live-service honeypot. Many will remember Ubisoft’s prior attempts with Hyperscape, a pretty good battle royale that died nonetheless.

In addition, who can forget Crucible? The live service third person shooter developed by Amazon Games which was released, unreleased, and ultimately cancelled following poor initial performance. That game also had merit, but in a market overflowing with great live service games, and only so many hours in the day for players to play them, the question of whether there is room for another big hit in the scene grows more pressing with every release.