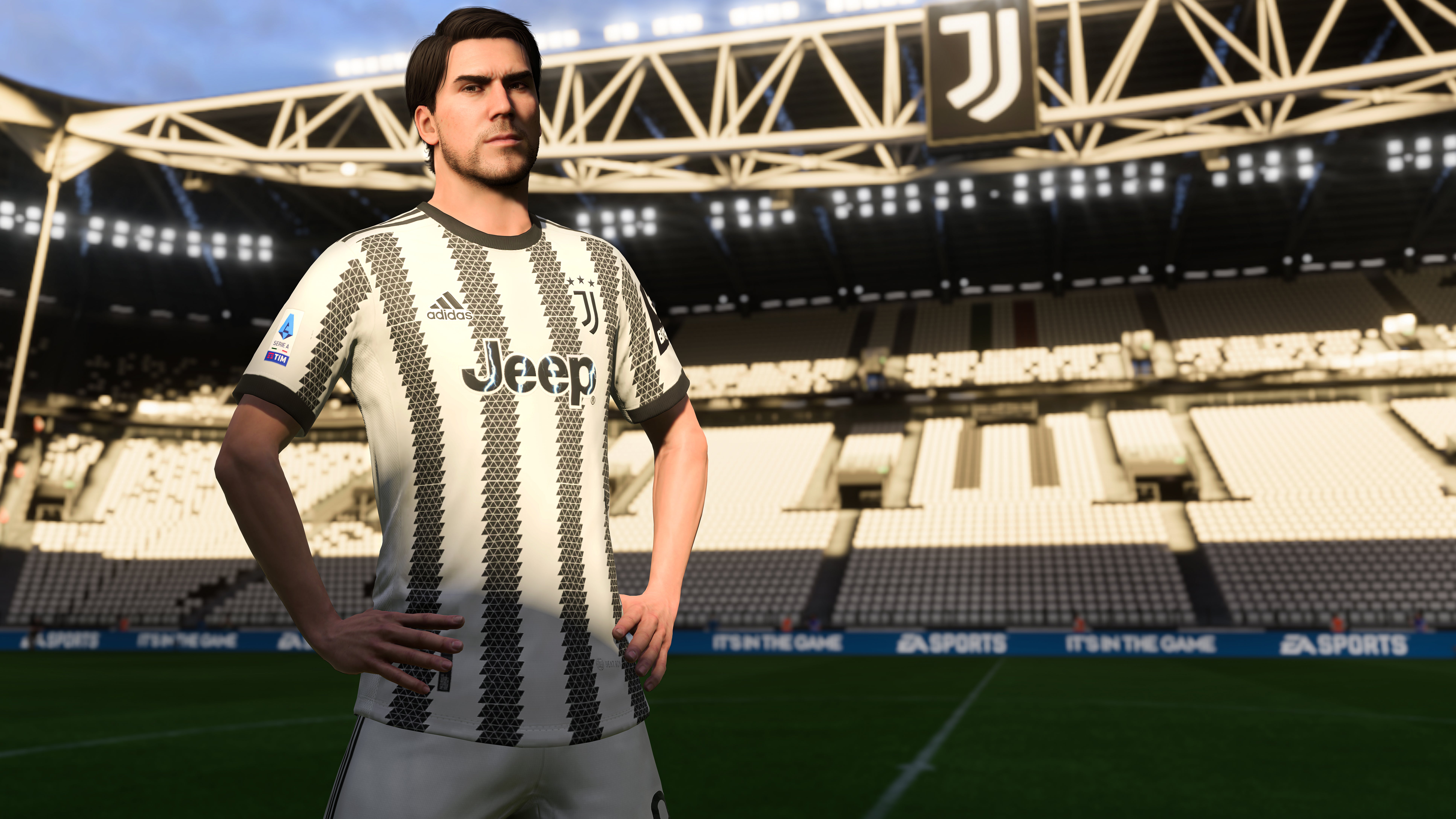 Juventus FC is back in FIFA 23 following a 3 year absence, EA Sports has revealed.


Since FIFA 20, the Old Lady of Turin has appeared as ‘Piemonte Calcio’ due to licensing agreements with FIFA’s cross-town rival, eFootball (formerly Pro Evolution Soccer, RIP).


However, Juventus has signed a new exclusive multi-year contract with EA to appear in their games, in another twist in a rivalry almost as great as the Derby Della Mole between Juve and Torino.


As well as the classic black-and-white striped kit, FIFA 23 will feature an authentic representation of the Bianconeri’s Allianz stadium and a new face-scan for up-and-coming star striker Dusan Vlahovic.


While other notable Italian giants are still absent from the roster, including Jose Mourninho’s Roma and perennial overachievers Atalanta, this can be seen as a statement signing for a series that prides itself on realism.


On the FIFA Ultimate Team side of the game, former Juventus midfielder (and FIFA favourite because of his versatile stats) Claudio Marchisio will be available as a FUT Hero.


This smaller addition – or rather re-addition – comes after EA made a larger swathe of announcements about FIFA 23. As well as game modes for the 2022 Men’s World Cup and 2023 Women’s World Cup, FIFA 23 will be the first FIFA game where players can take to the pitch with Women’s club teams from England and France.


What’s more, it will also be the first FIFA with a female athlete on the Ultimate Edition cover, with Chelsea’s Australian international Sam Kerr joining Kylian Mbappe of France and PSG.


FIFA 23 is set to be the final FIFA game made by EA Sports following a falling out between the two bodies. From next year, EA’s premier football sim will apparently continue on as ‘EA Sports FC’ for the foreseeable future.


It will reportedly still have the same teams, competitions and licences as current FIFA games – assumedly including the Juventus licence announced today – just collected from individual negotiations rather than collective agreements under FIFA.


FIFA 23 has no slated release date yet, but usually trots out onto the pitch around the start of October.