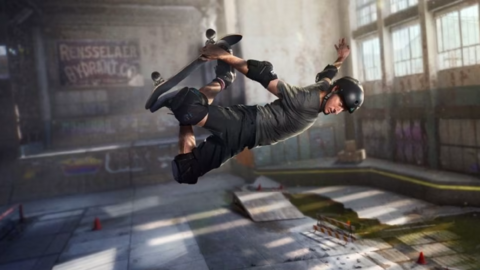 After Tony Hawk Pro Skater 1 + 2 was released in late 2020 to positive reviews and sales, plans to give Tony Hawk’s Pro Skater 3 and 4 the remake treatment were in development at Vicarious Visions but it was canceled according to the cover star of the skateboarding series. It sounds like CKY drummer Jess Margera was telling the truth.

In a livestream with Neversoft and Vicarious Visions veteran andyTHPS, Hawk said that the project was effectively killed after Activision merged the studio into Blizzard and rebranded it.

“I mean that was the plan, you know, even up until the release date of this [THPS1+2] we were going 3 and 4, and then Vicarious got kind of absorbed, and then they were looking for other developers, and then it was over.”

Hawk added that Activision did accept pitches from other studios to take over the project, but they didn’t trust any other team to get the job done in the same way that Vicarious Visions had done. “They didn’t like anything they heard, and then that was it,” Hawk explained. “Who knows? Maybe when the dust settles we’ll figure it out. You never know. I never would’ve thought that we were going to do 1 and 2 20 years later.”

In the run-up to Tony Hawk Pro Skater 1 + 2, Hawk was pretty busy when he wasn’t being almost recognized as himself. He did a cover of Millencolin’s No Cigar and also flipped a series of custom skateboards that he put his literal blood into, which sold out disturbingly quick.

While more Tony Hawk remasters look unlikely for now, EA does have a team of veterans working on a new Skate title that will reportedly feature a collaborative free skate mode.