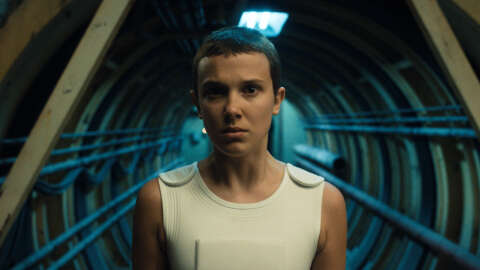 On July 1, Volume 2 of Season 4 of Stranger Things arrives on Netflix, and hopefully, it will answer all of your burning questions. And now, we can get a better look at the final two episodes of the season with a new trailer.

In the video below, you can catch a quick glimpse at what everyone will be up to in those final episodes. Will Eleven gain back her full use of powers in order to stop Vecna? Will all the Hawkins friends come back together or are they doomed to forever be separated? Hopefully, all those questions and your burning other ones will be answered. But for now, check out the new video below.

Episodes 8 and 9 may not seem like a mountain of content coming your way; however, you’re getting a lot, as the season finale is over two hours long.

Volume 1 of Season 4 was a massive hit for Netflix, as the streaming service noted it racked up 286.79 million watch hours worldwide. The show jumped to the No. 1 spot in 83 countries, another record for Netflix.

Season 5 will end Stranger Things, but there are possible spin offs still coming down the pipeline. “There are still many more exciting stories to tell within the world of Stranger Things; new mysteries, new adventures, new unexpected heroes,” the Duffer Brothers said. That’s all the pair had to say on the subject of expanding the wider Stranger Things universe, so we’ll have to wait to find out what might come of it.