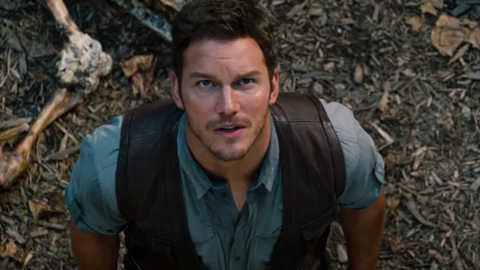 The studio head and producer of the upcoming Super Mario movie has responded to the online backlash against Chris Pratt voicing the title character, Mario. Chris Meledandri of Minions studio Illumination told Deadline that non-believers might get on board when they finally hear Pratt in the role of the portly plumber.

“When people hear Chris Pratt’s performance, the criticism will evaporate, maybe not entirely–people love to voice opinions, as they should,” he said.

Pratt has been criticized in the past, by Elliot Page and others, for his connection to the Hillsong church. However, Meledrandri didn’t comment on that in the Deadline interview. Writer-director James Gunn, who worked with Pratt on the Guardians of the Galaxy series, has defended Pratt and said people have “utterly false” beliefs about him.

Meledandri did, however, briefly touch upon the significance of working with Nintendo. “Nintendo is one of the companies we respect and hold in high esteem; this collaboration I think is unprecedented in its closeness,” he said.

Reports have suggested that the Mario movie, which was recently delayed to 2023, is just the first of multiple films coming from Nintendo and Illumination. A Donkey Kong spinoff featuring Seth Rogen is reportedly on tap next. The existence a company called Nintendo Studios was recently discovered, and that could be the title of Nintendo’s unannounced film division.

The Mario movie has a big cast of famous names, including Anya Taylor-Joy as Peach, Charlie Day as Luigi, and Jack Black as Bowser. Charles Martinet, who voices Mario in the video game series, will have “surprise cameos.”

Very little is known about the story, or any specifics at all. Day confirmed in February this year that he had begun recording lines for the film, but he can’t say much more.

“I’d love to tell you all about it, but they are top secret with this stuff. Absolutely, this is serious stuff,” Day said. “I know nothing. I show up, and they’re like, ‘You say this and you say that.’ And it’s all very funny and good. And then I walk out and there’s like two guys in overalls with hammers that are like, ‘Don’t you tell nobody nothing about this, Charlie. I swear to God we’re gonna get your kneecaps, we’re gonna break your neck.'”