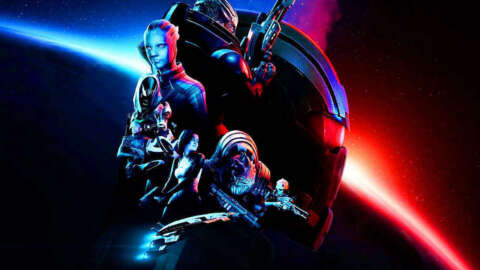 Amazon Prime Day will officially run from July 12 through July 13, but the weeks leading up to Prime Day will also be of interest to Prime members. Amazon has unveiled a new promotion that will reward Prime members with a bunch of free games. The promotion, dubbed Start Freeloading, kicks off on June 21 and runs through July 13. More than 30 free games will be given away during Start Freeloading.

Start Freeloading is by far the biggest free games giveaway that Amazon has ever hosted. Each month, Amazon gives away a handful of free games to Prime members, so the retailer is practically hosting six months of giveaways within a three-week stretch.

The free games that will be featured during Prime Day are the most noteworthy. Mass Effect: Legendary Edition leads the pack of freebies that will be up for grabs July 12-13. Members will also be able to claim Grid Legends, Need for Speed Heat, Star Wars Jedi Academy, and other unannounced games during Prime Day.

Prior to the main giveaways, though, you’ll get a chance to secure more than 25 indie and classic games without spending a dime. It’s worth noting that some of these games have been offered to Prime members in the past, but others are new to the program. Here’s the list that has been revealed so far:

If you’re not already an Amazon Prime member, you can sign up for a free 30-day trial to take advantage of the giveaways as well as the sales event itself. We’re within the 30-day window of Prime Day, so even if you sign up today you’ll be able to shop during Prime Day.