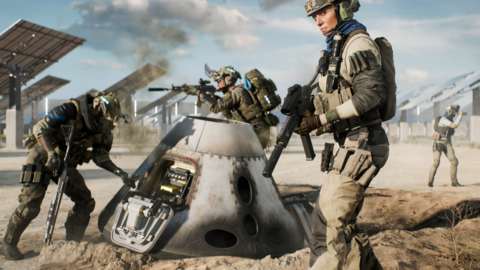 Battlefield 2042‘s long-awaited and delayed Season 1: Zero Hour update launched today, June 9, but the release did not go exactly to plan. Developer DICE acknowledged today that the military shooter is facing “Load Persistence Data” errors, which is preventing some from the playing the game at all.

If this sounds familiar, that’s because this is the same error code that Battlefield 2042 faced at launch back in November 2021. The problems persisted for some time but were eventually addressed and fixed, and fans are hoping the same will happen here.

Additionally, DICE has temporarily restricted unlocking new content from the just-launched Season 1 battle pass as a means to reduce the number of issues. Players are still earning progress on the battle pass, and any and all unlocks will be granted when the issues are resolved.

DICE said it found a fix for the Persistence Data errors, and “many” players were able to successfully log back in. However, this success didn’t last. “Our attempts to restore services has resurfaced the error,” DICE said.

We’re looking at Load Persistence Data Errors that have just appeared for players launching the game.
Sit tight, we’re on it. pic.twitter.com/4zYvhmvWEK

Battlefield 2042’s new Season 1: Zero Hour update adds a new map and specialist character to the game. Multiple further seasons are planned that will add more maps, characters, weapons, and other new content to the game.

In other news, it was recently reported that Battlefield 2042 has a “skeleton crew” working on it, with other team members moving on to the next Battlefield game. However, EA subsequently stated that this report is “untrue” and that a “significant” team remains in place working on the game.