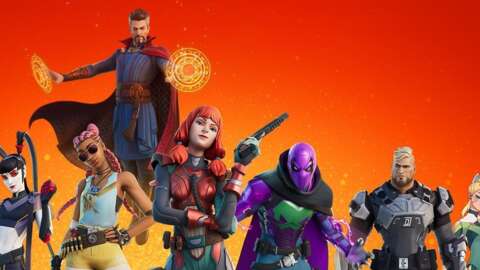 Epic Games CEO Tim Sweeney has labeled a cryptocurrency called Fortnite Token as a “scam” and has warned the company behind it that Epic Games is preparing a legal response to shut it down.

In tweets spotted by PC Gamer, Sweeney responded to the Fortnite Token account–which appears to have been shut down–several times, calling it out as a scam that is attempting to cash in on the name brand value of the popular free-to-play game.

“There isn’t a Fortnite cryptocurrency,” Sweeney posted. “The Twitter accounts promoting such a thing are a scam. Epic’s lawyers are on it. Also, shame on the cryptocurrency marketplaces that enable this kind of thing.”

The Fortnite Token account responded to Sweeney, and claimed that it wasn’t a scam. “Instead, this is a fair-launch, community-driven, Fortnite game fans-created cryptocurrency project with no specified owner or company structure behind it or a CEO deciding on its future,” the company tweeted, with Sweeney hitting back and telling the company “not how trademarks and copyrights work though.”

That’s not how trademarks and copyrights work though. You can’t use the Fortnite name and images without permission to market an unrelated product.

While Sweeney is obviously against other companies using the Fortnite brand to promote cryptocurrency, he did mention that he sees potential for the currency and its technology if it’s used properly. “When new technology emerges, some put it to good use, and others put it to bad use, Sweeney said. “It would be terribly shortsighted to ban an entire field of technology for such a reason.”

In other Fortnite-related news, Epic appears to be working on a first-person mode for the game, and there’s a new battle pass, new weapons, and a new set of map changes to explore in Season 3 of the game.