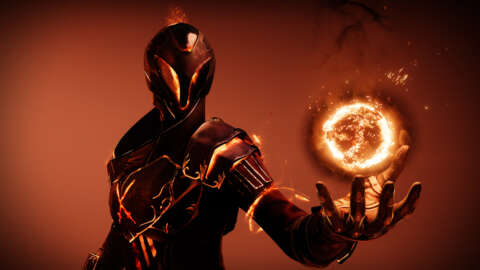 It’s only the third week of the latest Destiny 2‘s Season of the Haunted, but some of the Solar 3.0 subclasses are already getting pretty significant adjustments to their toolset. In particular, Warlocks just received a mostly new ability as part of a tweak to their Heat Rises aspect in Destiny 2’s 4.1.0.2 hotfix.

Heat Rises, a Warlock Solar aspect, previously buffed airborne gameplay for Warlock if they held their grenade and consumed it. It also adjusted the behavior of some other moves, like applying scorch stack to enemies struck by a Phoenix Dive while simultaneously giving the player restoration. Heat Rises still functions like that but now boasts added behavior where consuming the grenade to activate it also lets out a burst of healing energy around the player. Additionally, if the Warlock has a healing grenade equipped, the burst is even more potent. If a Warlock has both a healing grenade and the Touch of Flame aspect on, which buffs the baseline functionality of grenades, Heat Rises will give the increased burst of healing energy and grant Restoration, a buff that regenerates your health and shields and cannot be interrupted by damage.

Elsewhere, both Warlock and Titans also received broader increases to their abilities which increased how many scorch stacks they could apply. Quite sadly, as part of the latest patch, that Legendary Shard farm everybody loved is gone. Gone but never forgotten.

Here’s everything you need to know in the latest patch: