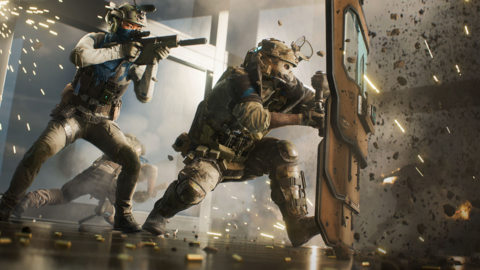 Battlefield 2042‘s long-awaited Season 1 update will be revealed officially next week, according to a report from Tom Henderson for Try Hard Guides. The reveal could happen–possibly with an accompanying trailer–on June 7, with impressions from media and other sources going live on June 8.

Henderson reported that playtests for Season 1 have been “going on extensively” over the past few weeks, and one big change in Season 1 could be around specialists. As fans know, Battlefield 2042 did away with the traditional class-based Battlefield approach in favor of specialist characters. The extent of any changes to the system in the Season 1 update are unknown, but Henderson said a new specialist character named Ewelina Lis could arrive with the new season.

Season 1 will also mark the launch of Battlefield 2042’s battle pass, and this will offer the usual cosmetics and other content to unlock throughout multiple tiers, Henderson said.

As for when Season 1 might launch, Henderson said it’s on tap for release in the next two weeks.

In terms of what’s officially coming to Battlefield 2042 in the future, new changes coming this week include a new name for Conquest 64. It will be called Exodus Conquest tomorrow, June 2, and it will have maps from Battlefield 3 and Bad Company including Caspian Border, Noshahr Canals, Arica Harbor, and Valparaiso.

In other news, DICE is “winding down” development on Battlefield 2042’s Hazard Zone mode as it focuses its efforts elsewhere. Looking out further, EA has said the Battlefield series remains “really important” event after Battlefield 2042 came up short.