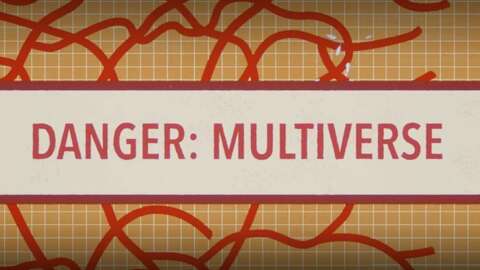 No matter what medium of story being told, the concept of a multiverse is a complicated one. In the MCU’s case, it’s even more so. With multiple stories all competing for space, and more content than ever before being released at a break-neck pace, the newly confirmed idea of a massive Marvel Cinematic Multiverse (an MCM, if you will) is already a bit of a bear to wrangle, even though it’s still technically (and by MCU standards) in its infancy.

Things started in earnest with the debut of Loki on Disney+. Prior to the time-traveling anti-hero redemption story, the MCU’s multiverse was handled in an oddly cagey way–only ever teased, never directly addressed, frequently subverted and even poked fun at with jokes and gags (remember Not Quicksilver from WandaVision?) There was also all the time traveling in Endgame–which, at the time, wasn’t a multiverse-based thing but retroactively became one (kind of) with the introduction of the TVA, and Ant-Man and The Wasp’s Quantum Realm, which is a whole separate thing that may or may not dovetail in with everything else. But Loki blew the doors off the idea, allowing the TVA and their quirky cartoon mascot Ms. Minutes explain to viewers directly that there had once been a “multiversal war” that threatened all reality.

Since then, things have gotten even more complex–with different shows and movies toying with the idea–until finally Doctor Strange in the Multiverse of Madness hit theaters this year, blowing the doors off the idea of multiple iterations of reality within the MCU once and for all. But, despite the pomp and circumstance of Doctor Strange 2’s arrival, the idea of the MCU’s multiverse is still, well, tricky, to say the least.

In the last two years, we’ve been given a handful of clues, various systems of rules and internal logic, a number of new characters with new powers, and even some new villains, all of whom have some sort of stake in the multiverse concept. The thing is, not all of them have been fully explained or fleshed out–and some of them even seem to directly contradict one another. This isn’t necessarily an indictment–these concepts are still in their early days in the MCU, so there is plenty of time for them to grow and change as more movies and TV shows are released. But, it’s important to stay on top of things as they happen. So, with that in mind, we’ve compiled a list of details and events that have developed the MCU’s multiverse, warts and all, for your future conspiracy theory crafting needs. Here’s to the rest of Phase 4, and the inevitable arrival of Kang the Conqueror.