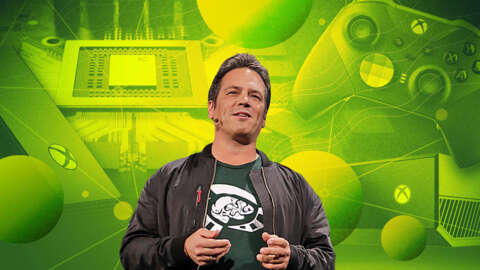 Head of Xbox Phil Spencer stated today in an all-hands meeting that he would recognize Raven Software’s union pending Xbox’s acquisition of Activision Blizzard, according to Kotaku.

During the meeting, Spencer told his employees, “Once the deal closes, we would absolutely support [an] employees’ organization that’s in place.” Kotaku was able to verify the events of the meeting with a video recording that was provided.

“We think it is a right of employees and something that can be a part of a relationship between a company and people who work at the company,” Spencer stated.

This affirmation from Spencer comes days after Raven Software formed the first union at a major studio in a 19-3 vote. Spencer, who has in the past admitted that he wouldn’t obstruct unionization efforts and claimed to have little experience with unions, told attendees today that he has been educating himself about them.

Despite the announcement and gesture, Spencer reportedly stressed that Microsoft does not currently have a relationship with either the Communication Workers of America or the Game Workers Alliance, Raven Software’s newly formed union.

Xbox’s acquisition of Activision Blizzard is still being investigated, but in the meantime the lawsuits against the publisher have only persisted since it initially made headlines last year for fostering a sexist workplace culture. Outside of lawsuits, Activision Blizzard has been mired in controversy, including the removal of a vaccination mandate for in-office workers that prompted a walkout months ago and repeatedly impeding Raven Software’s unionization efforts since the studio’s QA department first walked out last year.

June 27, 2022
Spec Ops: The Line Remains The Best Exploration Of Bloodlust In Games

Spec Ops: The Line Remains The Best Exploration Of Bloodlust In Games

June 27, 2022
The Boys Showrunner And Mother’s Milk Actor Break Down The Grossest Moment From Herogasm