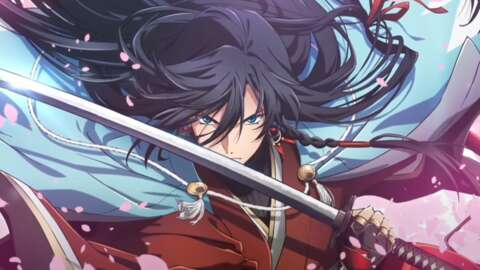 In April, Crunchyroll began rolling out Funimation’s content under its umbrella to subscribers. That’s a tough act to follow, but June is continuing that trend with lots of great new dubs, anime, series, and films hitting the streaming service.

Crunchyroll’s newly-released list for June arguably–and oddly–has its biggest highlights on the very last day of May. On May 31, the action-horror series Hellsing comes to the streaming service. The anime follows the mysterious Hellsing Organization as it combats vampires, ghouls, and other supernatural foes who threaten England. A synopsis in part reads: “The vampire Arucard and his servant Seras Victoria protect the British Empire from ghouls and satanic freaks.” The related series Hellsing Ultimate, intended to be truer to the original manga than the previous show, pits Arucard against satanic ghouls wreaking havoc on England.

Also on May 31, Katsugeki Touken Ranbu comes to Crunchyroll. An adaptation of the popular free-to-play browser-based game first launched in Japan back in 1995, the anime takes place in that country during 1863. Sword warriors “Izuminokami Kanesada and Horikawa Kunihiro arrive in the streets of Edo from the future to investigate their master’s reports of an upcoming enemy invasion. As humanoid manifestations of the famous Toshizou Hijikata’s swords, they have been tasked with protecting history from the Retrograde Army that seeks to alter it. Soon enlisting the help of other sword warriors, they continuously battle the mysterious army throughout the Bakumatsu period.”