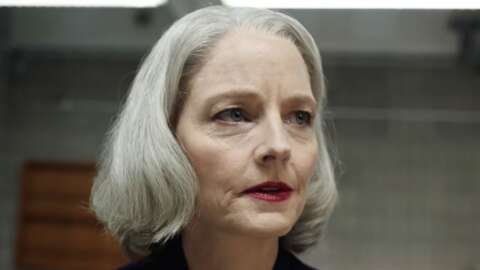 Actor Jodie Foster (The Silence of the Lambs) has reportedly been cast to lead Season 4 of True Detective, a batch of episodes subtitled True Detective: Night Country. Deadline was first to report.

Foster, who is also executive producing the series, will reportedly play Detective Liz Danvers. Season 4 of the anthology show will come from writer and director Issa López (Tigers Are Not Afraid) and co-executive producer Barry Jenkins (Moonlight).

Back in 2019, series creator Nic Pizzolatto was developing a storyline for a potential Season 4–though months after the Season 3 finale instead decided to use what he had come up with for another series or film. He then began work on another storyline for True Detective he had discussed with an undisclosed actor. And after that, for a while, True Detective’s future seemed uncertain as years passed with no new updates.

In February 2021, HBO chief content officer Casey Bloys revealed that work has started on the potential Season 4 after hiring new writers. However, Bloys stressed that the next season of True Detective would only move forward if the story is of a high quality.

All that’s known so far about Season 4 comes from Deadline: “Detectives Liz Danvers and Evangeline Navarro are looking to solve the case of six men that operate the Tsalal Arctic Research Station vanishing without a trace, when the long winter night falls in Ennis, Alaska. The pair will have to confront the darkness they carry in themselves and dig into the haunted truths that lie buried under the eternal ice.”