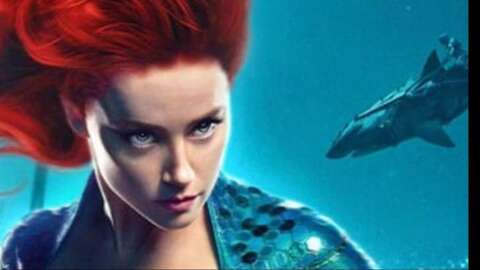 During the ongoing Johnny Depp and Amber Heard trial, Heard claimed that her role and participation in the upcoming Aquaman sequel had been significantly “pared down.” Heard testified that her reduced screen time was due to her ongoing legal battle with her ex-husband, but DC Films chief Walter Hamada says that isn’t the case.

Hamada testified at Depp’s $50 million defamation lawsuit on Tuesday that the studio had considered for several weeks recasting Heard, according to The Hollywood Reporter. But, said Hamada, this was not influenced by the lawsuit with Depp but a lack of chemistry between Heard and Jason Momoa, who stars as Aquaman.

“They didn’t have a lot of chemistry together,” Hamada said. “The reality is it’s not uncommon on movies for two leads to not have chemistry and it’s sort of movie magic and editorial… with the magic of a great score, and how you put the pieces together, you can fabricate that chemistry.” But, added Hamada, through the course of post-production it “took a lot of effort to get there.”

That version of events is slightly countered by a report from The Wrap, indicating that star Jason Momoa and director James Wan–according to testimony from entertainment industry consultant Kathryn Arnold–who says that it was a united front from Momoa and director James Wan that prevented Heard from being removed from the film entirely. Per Arnold’s testimony, Wan and Momoa were both “committed to her” and were “adamant she was in the film.”