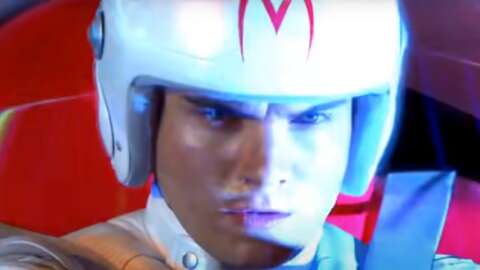 A live-action TV series adapting the popular Speed Racer manga and animated show is reportedly in the works from Bad Robot, J.J. Abrams’ production company. According to The Hollywood Reporter, Bad Robot will executive produce.

Citing unnamed sources, Hiram Martinez (Snowpiercer, Get Shorty) will co-write the project and serve as co-showrunner. Ron Fitzgerald, who works with Abrams on Westworld, will work with Martinez as co-writer and co-showrunner. The Hollywood Reporter also adds that this adaptation has been in development “for years,” and that Martinez has an “exciting take” on the source material. According to Deadline, the series is now staffing up a writers’ room, and the show will be a “back to basics” version of the original manga.

Speed Racer is a long-running, beloved media franchise from Tatsunoko Productions about auto racing. Mach GoGoGo, as it was originally titled in Japan, began as a manga in the 1960s and made the jump to TV as an anime series in 1967, going on to run for more than 50 episodes. An English remake, Speed Racer X, was produced for Nickelodeon in 2002. In 2008, the Wachowskis adapted the property into a live-action feature film that disappointed at the box office but has gone on to become a cult hit. Reportedly, Tatsunoko Productions has signed off on this upcoming Apple version.

In April, Bad Robot stepped up to announce it will also produce the long-in-development live-action Hot Wheels movie based on the famous Mattel toyline. In an earlier incarnation back in 2016, Fast and the Furious writer-director Justin Lin was attached to direct and produce the Hot Wheels movie.