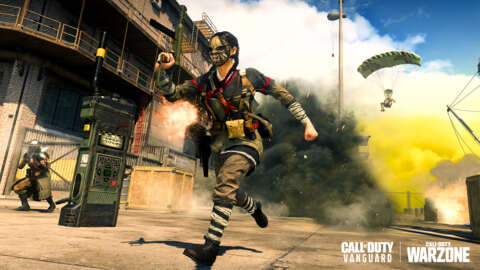 An artistic rendering of the rumored map for Call of Duty: Warzone 2 has been published, giving an early look at the concept for what the playspace could look like in the much-anticipated new battle royale game.

This will seemingly tie into how Warzone 2, or whatever the new game is called, may have a swimming mechanic, according to Henderson. No further details are available, however, but being able to swim would seemingly open up some new possibilities.

Henderson said the new Warzone map may be larger than Warzone’s Verdansk and Caldera maps, though an exact size is not available.

What’s more, it’s claimed that Warzone 2 and the new DMZ mode will share this same, unnamed map “in some capacity.” Some portions of the map may not be playable for DMZ, the report said. DMZ is rumored to be Call of Duty’s take on Escape from Tarkov, featuring some kind of “survival” experience.

Warzone 2 is expected to launch in 2023, following the release of Call of Duty: Modern Warfare 2 on October 28. Thanks to Activision’s partnership with Sony, PlayStation users are going to get a first crack at Modern Warfare 2’s beta. Microsoft is in the process of buying Activision Blizzard and the Call of Duty franchise, but the deal isn’t done yet.